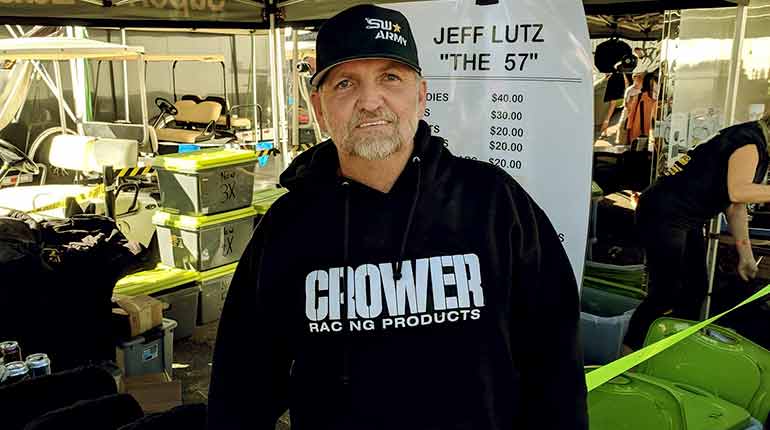 If you are familiar with street outlaws, then you know Jeff Lutz. Lutz has been a legend in the car racing industry for quite a while. Lutz is famously known for the drag races. Read this to know Street Outlaws Cast Jeff Lutz’s net worth in Wikipedia type biography.

He is also into business with his son, and they help each other in making cars. Jeff has been known to be at the top of the most-watched tv-series street outlaws until recently when tables turned. Jeff Lutz also holds a record in the hot rod drag week.

What happened to Jeff Lutz? Is he still on street outlaws?

Street outlaws is one of the famous TV series in America. It began back in 2013 and has aired ten seasons, which have 10-15 episodes in every season.

The show mostly focuses on illegal street racing. Some cast members of the show had some worries about the authorities, but they have never clashed with them ever since its commencement.

Jeff Lutz used a Mad Max car for his racing career. Racing had to end for him by the ninth episode. The show announced that Pro Mod cars would no longer be ranked top 10 in the list.

Later on, in 2017, Jeff Lutz and his son Jeff Lutz Jr built another car. 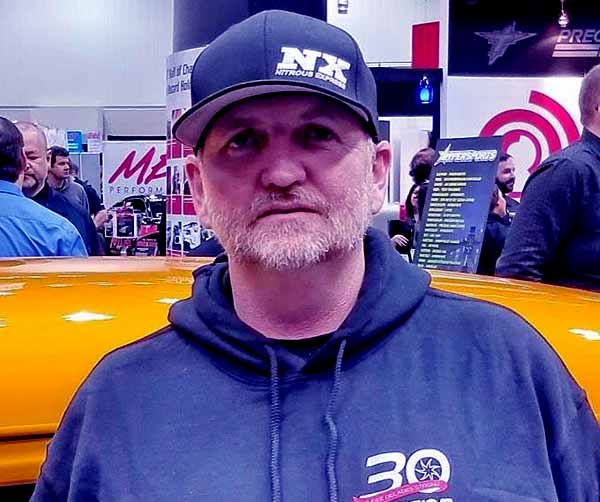 “New” 1957 Chevy was designed to gain the chance to go back to street racing. The heavy car has a twin 98mm precision turbo and 540 cubic inch motor. Big Chief was the one who nixed all promotes from the list. Currently, he is back in street laws and aims to be the king of street outlaws.

Apart from racing, Lutz also runs an automobile company. Here he works closely with his son to innovate new models of vehicles in the market. This proves that he is making a good amount of money from it. Jeff Lutz has a net worth of $1.5 million. 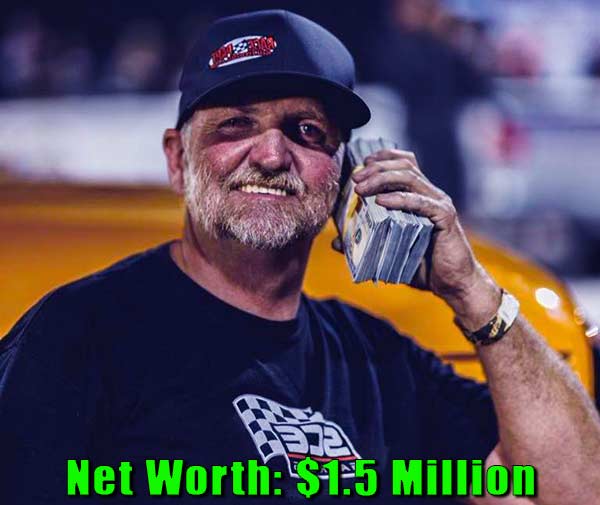 Currently, Lutz drives a 57 Chevy. Apart from that, he runs a hot Rod shop called Jeff Race cars. He owns a  1969 Chevrolet Camaro. The car has high-quality features that make it suitable for racing.

It has gear vendors overdrive and a twin 88mm Precision turbos. Mostly, Jeff Lutz refers to this car as the Mad Max. 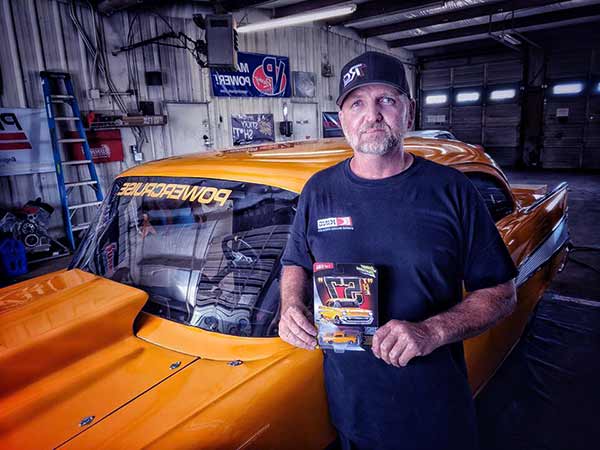 Jeff also owns a 632 CI Big Block Chevy popularly known as the beast. All his vehicles have one common feature, which is the 88 mm precision turbo and gear vendors overdrive. Lastly, Lutz owns a CMC, but he has rarely been spotted using it.

Jeff Lutz is currently married to Christine Lutz. They tied the knot back on July 31, 1989. Their relationship has been fairing on pretty well. There have been no reports of fights and extramarital affairs. In line with their marriage, they have a son, Jeff Lutz Jr. He has been spotted in numerous events with his father. 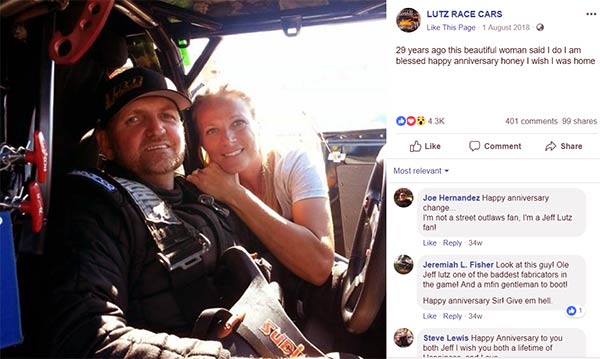 His son Jeff Lutz Jr is also known to be a lover of cars since he works with his father in the shop. The age of his son is not known, but judging from the looks, he is in his early twenties.

Street Outlaws cast Jeff Lutz is also active in social media and posts pictures of his admirable family, which he has managed to create a strong bond with them.

Jeff Lutz at a glance.