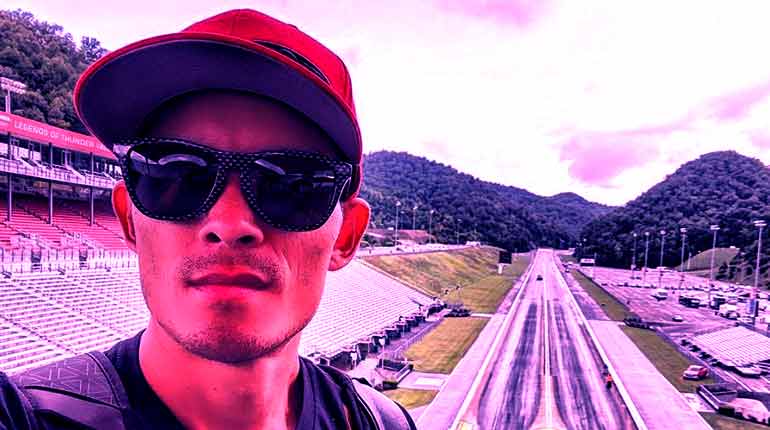 Jeffery Bonnett, aka AZN, is the youngest racer among senior street car racers in Oklahoma. The city has been known for years as the home of fearless and fierce street car racers. The older ones have now taken up the role of mentoring the younger ones in the sport and career. AZN is a beneficiary to this scheme of mentorship.

In this risky sport and business is one, Jeff Bonnett. He is famously known as AZN. He gained fame when he was cast in the Discovery Channel TV Show, Street Outlaw. He has a battling spirit which is portrayed as he races against his competitors. His skills are growing with each passing day, as he strives to be the very best in the business. This will gain him additional income and enhance his net worth.

Jeffery Bonnett was born on August 3rd, 1981 in the city of Oklahoma, USA. He is now 38 years of age. He is of American citizenry and his ethnicity is mixed race. 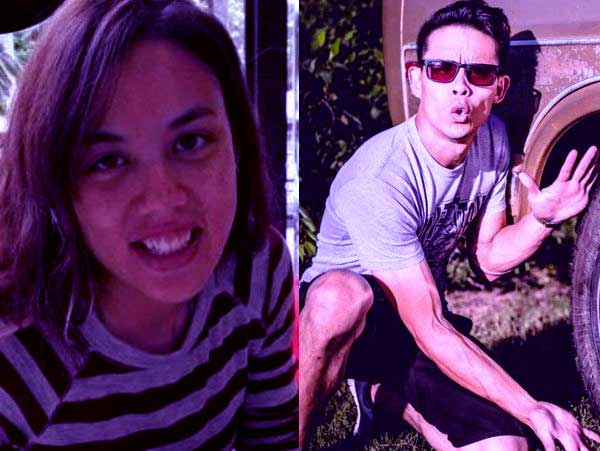 Jeffery Bonnett aka AZN with his sister Brenda Bonnett.

He was born to two parents, Denis Bonnett, an American father who served in Vietnam and Motsu Bonnett, who was from Taiwan. He is, therefore, a mix of Asian and American. He has a sibling sister, Brenda Bonnett. 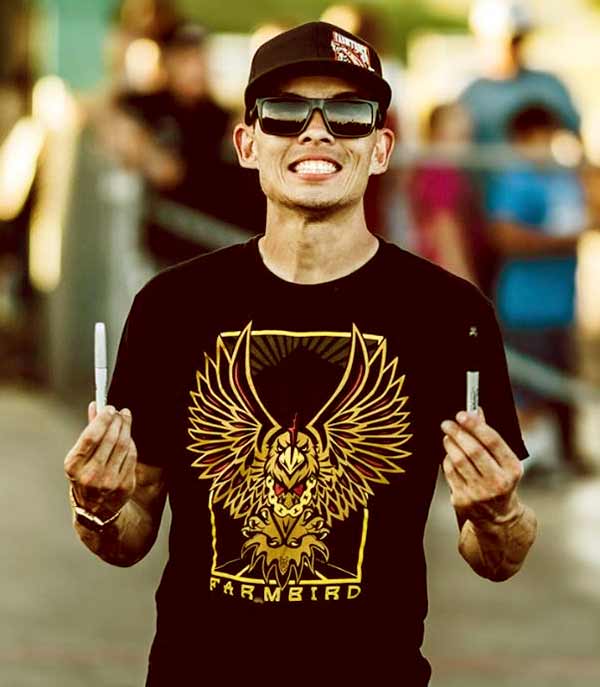 His parents were loving and caring to them as they grew up. However, bad luck hit the family at a young age, when he lost both parents. The reality star watched his mother struggle with cancer and her passing on when he was at the age of 16 years. His father also developed a weak heart, and consequently lost his life in 2001, from a heart attack.

Having been raised in Oklahoma, Jeffrey began schooling in the city. He developed an interest in driving due to the sport being very common where he lived and around the city. His father was also a car enthusiast who made him develop that passion in his early life. In fact, in high school, he bought his first car, a 1964 Chevy II Nova for $2,000. The driver’s dad agreed to give him the money as long as he would pay it back.

At a young age, AZN had acquired the skill in graphic design. This made it possible for him to begin some business venture at a young age. He had a debt to pay back his dad and had no option but to get some business ideas. The reality star talked to his neighbors to allow him to paint the house address on the curb so that the fire brigade could easily locate a house at the time of fire emergency. He would then ask for a payment to do this work.

Career, Working with Farmtruck and Cars

AZN started off his career working with his dad who helped him buy his first car. His old man then taught him how to drive. His dad helped in modifying and tuning his first car by transplanting a V-8 engine in the 1964 Chevy. This powered the car to race much stronger and faster. 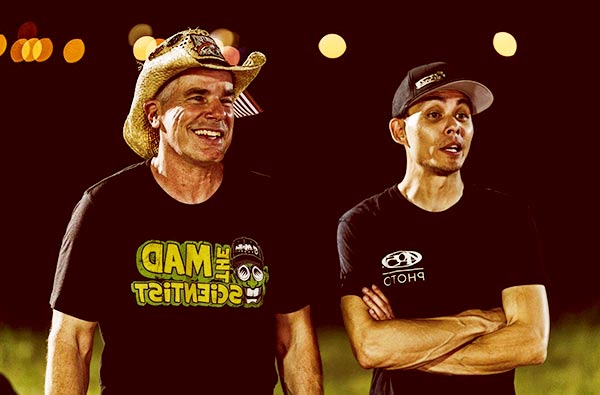 Jeff Bonnett aka AZN with his partner Farmtruck

When his dad passed on, the driver continued with street car racing, In the midst of it all, he met his friend, and mentor Sean Whitley; more commonly known as Farmtruck. At the time they were already starring on Street Outlaws. Farmtruck was the then King of the streets. At this point in time, the star was put up against the king. He lost against Farmtruck, but he met a friend, father figure and mentor who endeared himself to him.

After the race, they got along very well, and Farmtruck began to show AZN the ropes. He began by showing him what he had done to his car a C-10 Pickup, to make it that powerful to win such a competitive race. The two had a working spark, and they began working together on several projects. They also started racing together and not against each other.

Today AZN credits his driving skills and knowledge to the education Farmtruck has given him. They both work as a great team complimenting each other’s skills in the tracks. AZN handles the talking and technical part of the game while Farmtruck does the actual racing. Farmtruck is the beast on the road who works hard to win the races.

Jeffery Bonnett aka AZN has grown to be a respectable street car racer in the city of Oklahoma. AZN from Street Outlaws has risen to fame due to his starring role on the Discovery Channel TV Show, “Street Outlaws” which began on June 10, 2013

AZN loved his 1964 Chevy II NOVA which his dad had helped him renovate and modify. He went ahead to modify it to enable him to compete. He had to sell it at a point, but due to his attachment to it, Farmtruck helped him track it and re-bought it. His current ride is a 1966 VW Bug which he refers to as “The Dung Beetle”. It has an exterior that looks like a usual race car, but inside is a 1000HP turbo-charged engine. It is a really strong and fast machine.

Jeffery Bonnett has a net worth of $350,000. He has been working hard to make a good salary on the Street Outlaw show, where he is a prominent figure. He has won many races, and this means he must be making a good sum of money from the show. 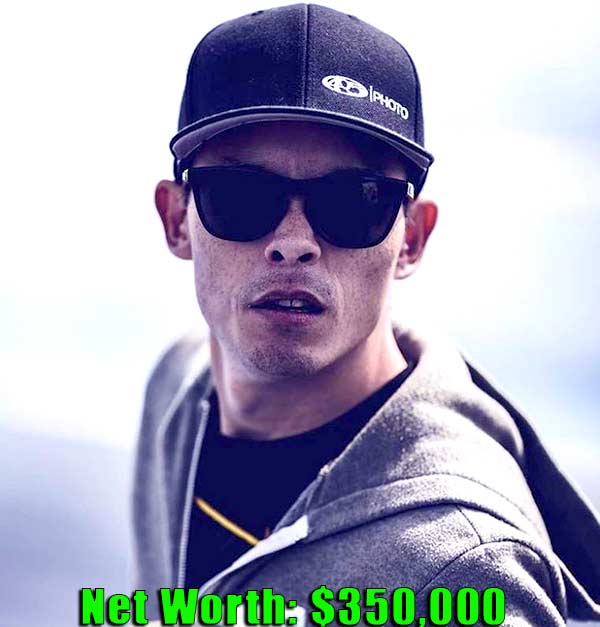 Street Outlaws cast Jeffery Bonnett aka AZN net worth is $350,000

He also sells merchandise by operating a clothing store in Oklahoma called, The FNA Firehouse, which he co-owns with his racing and business partner Farmtruck. He makes a tidy income from the business.

AZN is one man who has managed to keep his personal life very private and away from the voracious media attention. Very little is known about his love life. Not much is known on whether he has a wife. This has continued to be a private affair.

Therefore, we conclude he might be single. There is no information about whether he has any children. There were rumors that he could have been having a gay affair with his racing mentor, Farmtruck, but that is not true as their relationship is fully professional. 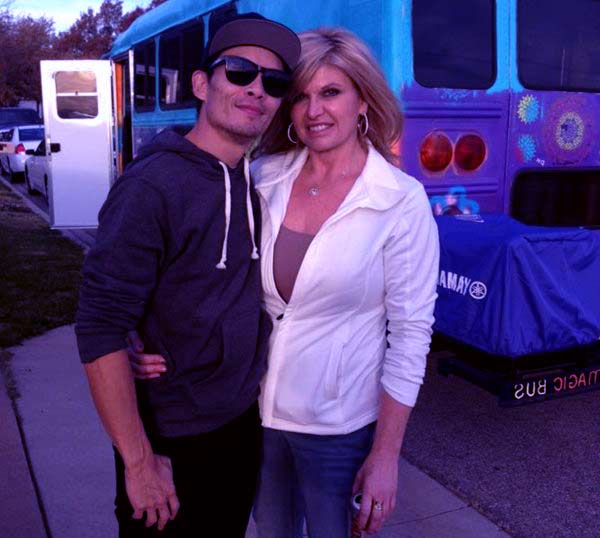 Jeffery Bonnett aka AZN with his girlfriend, Leesa Lacey

There has been only one girl, Leesa Lacey, who is very well known to AZN as a close friend for the last 15 years. They are very close to each other, as they are seen on photos together. Strangely, Leesa is a married woman and has a daughter with her husband.