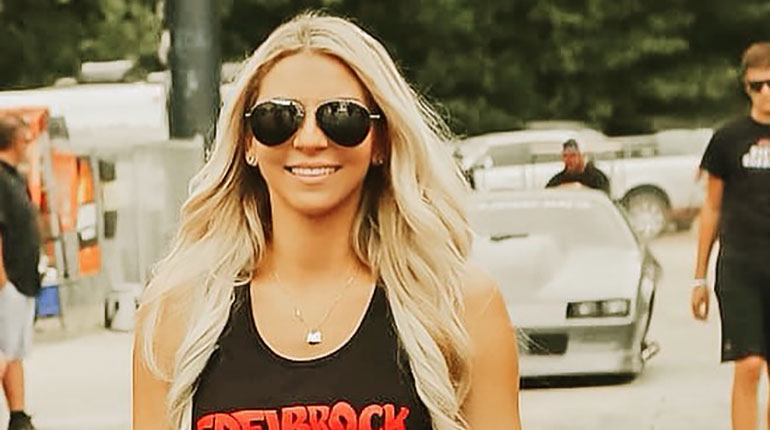 Lizzy Musi is a blogger and second-generation drag racer. She is the daughter of a car enthusiast and engine builder, Pat Musi.

Lizzy spent a significant part of her childhood in different drag racing courses. Therefore, it comes as no surprise as she is considered one of the very best in the business.

Lizzy made history by becoming the very first woman to conquer the 200 MPH barrier.

Ever since she has gone from strength to strength in the industry, presently, she is one of the frontrunners of the Top sportsman competition. Let’s delve into a few interesting details about Lizzy’s life.

Who is Lizzy Musi?

Lizzy Musi is a prominent driver who competes in the Pro Nitrous championship. She made her debut in the competition about six years ago in a car that was once driven by her father!

Before passing down the legendary vehicle, Pat customized it with one of his new Racing Engines 903 EFI powerplants.

The added horsepower helped his daughter reach the semi-finals of the championships. It did not take long for Mussi to make racing history.

By 2014, Lizzy had won a national event sponsored by the Drag Racers Association. Lizzy had also clinched the PDRA Rookie of the Year Award at the end of the very same year.

This came after a third-place finish in the overall standing. By 2019, her skills and celebrity status had earned her call up to compete in Street Outlaws: No Prep Kings. Lizzy’s highlight on the track came after she picked up three consecutive victories on the streets.

Breaking records is one of her favorite pastimes as again, Musi became the first woman to clinch the No Prep Kings championships. As if this was not enough, Lizzy is also the first driver to clock three consecutive victories.

Lizzy Musi has made most of her money from the tracks; there is no disputing this. She has been a competitive drag racer ever since he was a teenager.

However, we should also point out that Musi is involved in the family business. Musi Racing Engines is an auto-shop that her father launched back in the 70s.

Lizzy and her father work with PDRA to produce engines for several drag racers. Her father’s engines are part of why she has broken so many records so far. Additionally, Lizzy is also affiliated with an online store that sells beauty products.

While she is not the main proprietor, Lizzy receives a cut of the profits from her efforts in promoting the various products. 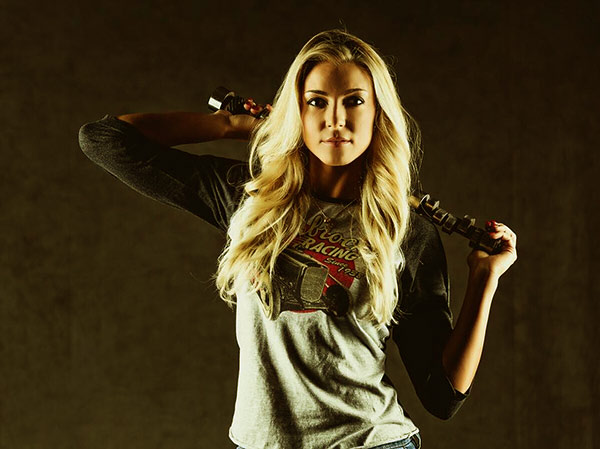 The short answer is yes, Lizzy and Kye Kelley are an item! He is also a drag racer who competes for the New Orleans Street Outlaw Championships.

While there are no reports that tell us when they met, we can guess that they, in all likelihood, met at the tracks.

Just recently, she wished her boyfriend a happy birthday on Instagram. She went on to add that Kye is her lover and best friend; that she could not imagine a life without him.

Despite being through several ups and downs, she wouldn’t want to be with anyone else.

One of these downs came a few years back in Denton, Texas. Lizzy was involved in an accident while she was test-driving ‘the Shocker,’ her boyfriend’s car.

They had just installed a new engine for him. Fortunately, Lizzy Musi was able to recuperate. 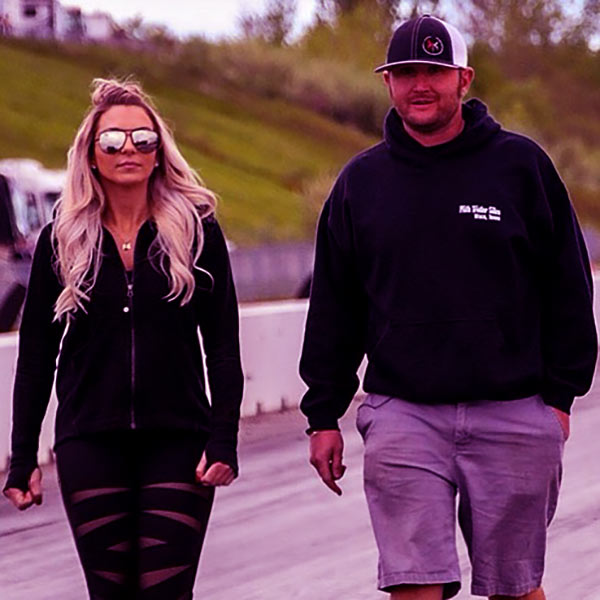 We should also point out that Kye has two children from his previous relationship with Alisa Mote.

Being a drag racer, it comes as no surprise that cars are Lizzy’s bread and butter. When she first ventured onto the professional tracks, Lizzy was behind the wheels of 2009 Dodge Stratus, known as King Kong 5.

It was the very same car that had once belonged to her father. 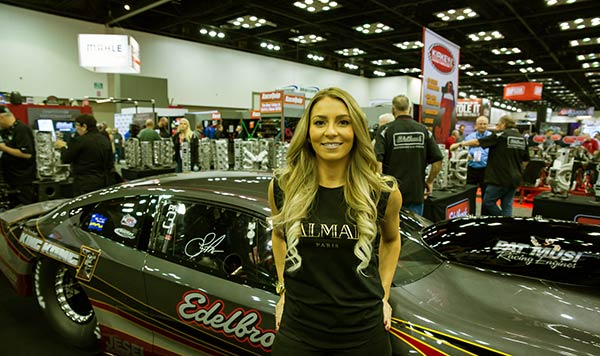 Caption: Lizzy Musi with her car

Since then, Musi has also raced an 18 Dodge Dart, which she dabbed ‘King Kong 7.’ Other vehicles Lizzy has driven include:

Lizzy Musi was born on 1991, January 1st. It makes her 29 years old presently. Most Capricorns are characterized by their charming, hardworking, and enthusiastic nature. Lizzy is no different, as her industrious nature has enabled her to break several records.

Lizzy’s hometown is Carteret, New Jersey. This is where she was born and raised. Its tracks nurtured her into the racer she is today.

Lizzy Musi stands at an impressive 1.75 meters tall, which translates to 5 feet 7 inches. Regarding her weight, sources estimate that she weighs about 120 pounds.

Lizzy and her partner, Kye, have a YouTube channel where they show fans what goes on beyond the tracks. Their antics are usually funny and very entertaining to watch.

Fans have got to watch the duo hunt, fish, and them just wasting time. The channel has 6.85K subscribers in total. It was launched back on the 25th of September 2014.

Presently, the channel has amassed over 200,000 views. One of their most popular films includes ‘Daily Craziness’ which has over 114,000 views to date.

Racing is her family’s bread and butter.

You already know that Lizzy’s father was a former drag racer. But did you know that her mother, Elizabeth, was also a star on the tracks? Wait, there is more; Lizzy has a sister named Patricia.

Can you guess what her sister Patricia does for a living? Trish Musi can carry her own weight while on the tracks.

Both girls were racing by the time they were around eight years old. They took part in junior-level drag races, gradually venturing out into the big leagues.

She is an animal lover.

Lizzy Musi recently adopted a French bulldog, which she named ‘Biggie Smallz.’ Fans of 90s hip-hop will know that the name was in honor of one of the most famous rappers in history.

Lizzy made the long trip to California to pick up her new puppy. Musi decided to adopt the puppy after conducting extensive research on the particular breed.

She learned that they made for wonderful companions, especially if you were the type of person who liked to spend hours on end on the couch!

Lizzy went on to note that her puppy would be subjected to health issues because of its breed. Her research revealed that they were particularly sensitive to heat and the cold.

Lizzy Musi has been involved in several accidents.

Being a drag racer, we were not surprised to learn that Lizzy has been involved in several accidents. It is just part of the trade.

Back in 2012, for example, she was involved in an accident while in her 68 Camaro. This came during the Drag Racing League, which was held in Bristol, Tennessee.

Just a few years later, and Lizzy was involved in another crash. It came during one of the qualifying rounds at the PDRA Texas Nationals. The latest accident came during an episode of Street Outlaws, which aired two years back. She was in a car nicknamed ‘the Shocker,’ at the time.

She has been featured in magazines.

Lizzy Musi’s success has not gone without notice. Recently, she was put in Drag Illustrated’s 30 under 30 list of people who make a difference.

It was an important milestone for Lizzy as she sought to encourage more women to venture out into drag racing. Presently, it is just a sport that is entirely dominated by men.

What does she do in her free time?

Lizzy Musi recently got a vegetable garden to keep her busy during the lengthy quarantine period.

Taking a look at some of Musi’s posts, we learned that she moved her tomatoes from the tubs to the ground to develop faster.

Some of the other vegetables she and her boyfriend grow include cucumbers, okra, squash, collard greens, and even jalapeños.

Her vision for the future is to get a much larger mini-farm, where she would also rear pygmy goats. We were amazed to learn of her farming ambitions as we are mostly used to see her in adrenaline-inducing environments.

She is a fitness enthusiast.

Anyone who has caught Lizzy’s turn in street outlaws will tell you that she is in phenomenal shape. How does she stay healthy?

Well, Lizzy Musi is no slouch when it comes to working out. Just recently, she uploaded a post that featured her and a friend doing tire flips.

We can tell you that this is not a workout routine for the fainthearted! You have to dig deep! This is one of the ways she has stayed active and fit, especially during the quarantine period.

Lizzy’s most favored social media platform is Instagram. Her page presently has about 172K followers.

The entirety of the page is dedicated to her career in drag racing. She uses this platform for advertising the 4th season of Street Outlaws: No Prep Kings.