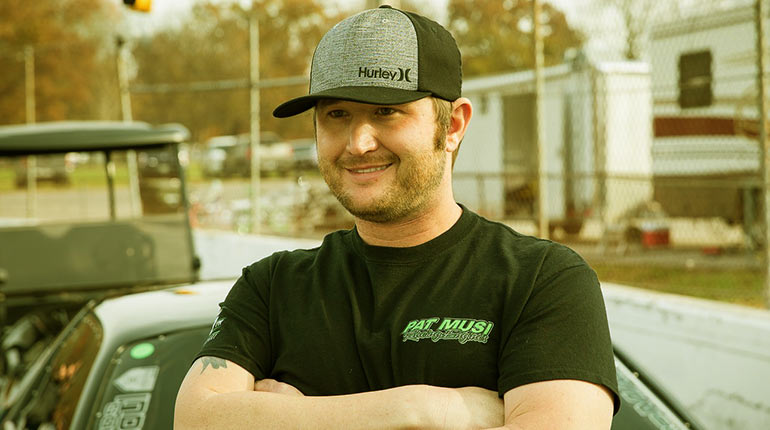 Everyone wants to challenge him for the top crown; these include fellow drag racers from his hometown to racers in Florida. Throughout the course of his career, Kye has competed against the likes of Ryan Martin and Justin Shearer. Uncover several fascinating details about Kelley in this review.

Who is Kye Kelley?

Kye Kelley is a television personality who we get to see grace the tracks on the reality show, Street Outlaws No Prep. The show takes racing from the streets and right on to the tracks.

As the series’ name suggests, no preparation is done on the tracks before the races begin. This usually makes them rough and forbidding; in other words, an excellent recipe for television.

Each race featured per episode is just a drop in a larger ocean. The racers go head to head in each episode, battling in various tracks spread all over America.

After each race, Kye and the other competing racers are awarded points judging by how they performed. Just being present for the races earn the racers five points. In addition to this, five more points await the victors of every race.

To earn the crown of ‘the No Prep King,’ you have to have the most points at the end of every season. Every season sees Kye competes against Ryan Martin, Birdman, Daddy Dave, the Dominator, and Kamikaze Chris.

Fans were first introduced to Kelley on the original Street Outlaws show. It first aired back on June 11th, 2013, and went on an impressive 14 season run.

Racing can be a very lucrative venture if you win consistently. The championship usually carries a $100,000 grand prize for every season.

There is also a $40,000 cash prize available depending on a racer’s performance. We should also take into account the fact that Kelley has been on television for several years now.

Sources say that each driver rakes in about $25,000 for every Street Outlaws episode he appears in. The deal he made with Pilgrim Studios also means that Kye makes an extra $150,000 a year. As things stand, Kye Kelley’s net worth is $600,000. 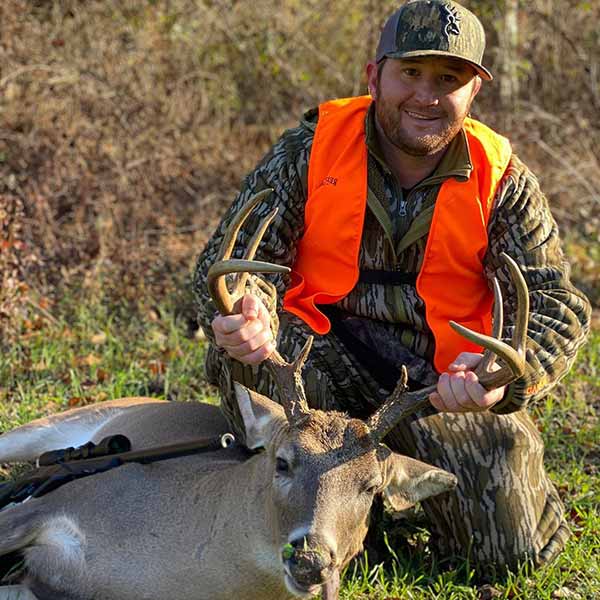 Kye Kelley is the proud owner of a 1992 Chevy Camaro Promod, which is nicknamed the shocker. It comes with several special features, ranging from two nitrous kits to a 638ci BBC Motor.

His Shocker is one of the fastest vehicles in the nation. Things took a dark turn for the Shocker after Kye’s girlfriend crashed the vehicle while test driving it. 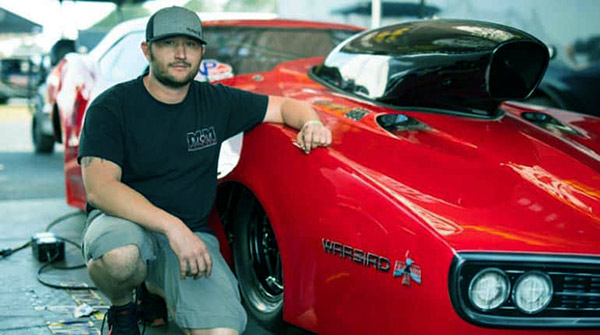 Kelley was once married to a nurse named Alisa Mote. She is a native of Gills burg, Mississippi. In as far as Alisa’s credentials are concerned, Alisa is a former student of Walden University, which is located in Minneapolis.

She is presently employed in Louisiana at the North Oaks Health System. Sources say that Kye and Ex-Wife Alisa Mote started dating in the early 2000s.

By 2014, Kye Kelley had asked Alisa to marry her. The couple officially tied the knot the very next year, more specifically, in August 2015. Two years after they walked down their aisle, there was trouble in paradise.

Surprisingly, their daughter, Kenadeigh Alexa Kelley, was born seven months before the two called it quits. She is three years old, presently. 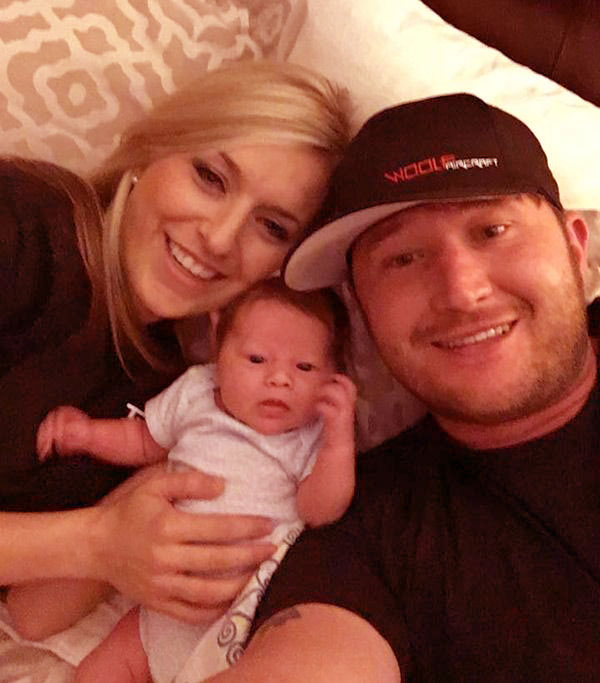 There has been a lot of speculation regarding their divorce. Some sources cited infidelity, which was not a stretch considering Kye’s celebrity status. But we like to subscribe to the old expression, innocent until proven guilty. The most likely explanation in this scenario is the simplest one; they just fell out of love.

It makes sense, especially when you factor in all the hour Kye is required to put in on the tracks and television. Both Kye and his ex-wife continue to co-parent their daughter together.

He is Now Dating Lizzy Musi.

Kye seems to have found love again. This time, it came in the form of a fellow drag racer, Lizzy Musi. If reports are to be believed, the two have been seeing each other for quite some time. They also, in all likelihood, met at the tracks.

Their love for cars was what brought them together the first time. The two are relatively competitive; they don’t let the fact that they are dating get in the way of some healthy competition. 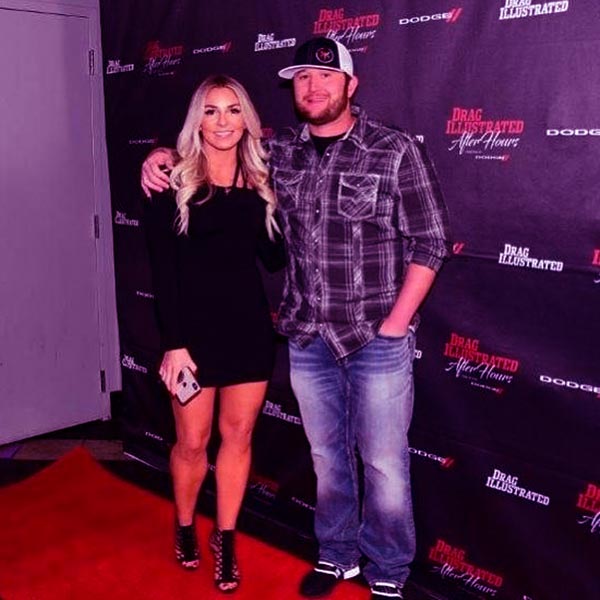 Just last year, Lizzy left her boyfriend behind in dust after beating him in the previous round of the New England Dragway in Epping.

Kye Kelley and Lizzy Musi are a great example of how couples can effectively separate their private lives from their professional one. Losing to his girlfriend on the tracks did not affect their relationship in any way. Kye even trusts Lizzy enough to let her take his prized car, ‘the shocker’ out for a spin.

Kelley gets his engine work from the company which Lizzy’s father owns. The two have remained together, in both victory and defeat.

Kye Kelley was born on May 18th, 1985, in Magnolia, Mississippi. He turned 35 just a few weeks ago. Delving deeper into his star sign, we learned that he possesses a strong-willed nature that sets him aside from everyone else, marking him for success.

Judging by his long-standing career on the tracks, we are pretty sure that this description fits him to a tee. Victories against the likes of Daddy Dave has made him one of the most reputable racers in the county.

Kye knew that he was going to be a racer even when he was young. He used every resource he could find to get an edge in the industry. Long before he could get a license, Kelley was already thinking about getting his first vehicle. To that end, Kye set his sights on a 65 Chevy Nova II, which had one of his closest friends.

Kye acquired his first vehicle when he was only 15-years old. This came after lengthy spells of hard work on his part. Kelley took on all odd jobs he could find. These ranged from milking cows to bagging groceries.

In time, Kye was ready to move on to his next project. He traded in a truck to acquire a used 638 motor. It took nearly a year before Kye was able to get an 80 Dodge Charger working again. Because of the nature of all the used parts, driving the car became hazardous. He put his life in danger every time he raced in it. Kye went on a website known as Racing Junk, and this is where he’d find his beloved Camaro.

In an interview he had a while back, Kye revealed that the very first job was as a fire watcher. It reportedly fetched him $10 an hour. As the wielders set to work, Kelley had to shadow them and raise the alarm in the case of a fire. He jokes that it made him feel like the most useful person at the time. This is because most of the work entailed just sitting around and doing nothing. In the rare case that something did happen, all he still had to do was raise the alarm.

Kye Kelley is the kind of person who always looked to better himself. To that end, he set out to learn everything he could about the business. More than a decade on, and Kelley had become a superintendent, managing about 200 employees. All his life, Kye’s greatest fear has been the thought of being average. It pushes him to be the very best at what he is doing, on and off the tracks.

How he got started on Street Outlaws.

As Kye recalls, producers came to town in search of the fastest racers based in the South. At the time, Kelley and a few other drivers had set up a Facebook page called ‘NTZ Racing.’ Big Chief reached out to the group on the page, and one of the racers, Moonshine, alerted Kelley.

It proved to be a natural fit for everyone involved as Kye, and his crew were more than familiar with the tracks around New Orleans. Kye Kelley became an instant hit from the very first episode.

His self-assuredness sets him aside from other racers. Interestingly enough, it does rub some people off the wrong way as they find it arrogant. We guess that you really can’t please everyone.

In the third season of the NPK Challenge, Kelley was cleanly beaten by Ryan Martin in the competition’s 2nd round. Kye Kelley’s problems first began when his tires burnt out, and he had issues reversing. Kelley, who represents NOLA, found himself on the clock.

Even though his team was able to fix the problem, it was not enough to beat Ryan, who was in phenomenal form on the night. The loss meant that Kye Kelley lost out on a possible $100K prize pot.